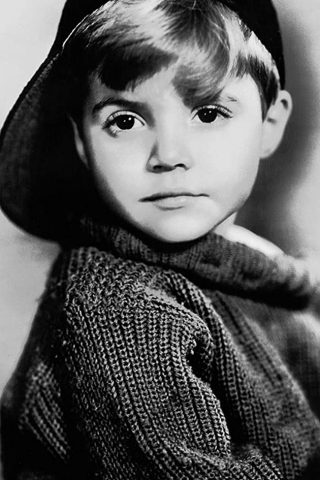 Scotty Beckett was one of the cutest, most successful child actors of the 1930s and 1940s. His descent into a life of alcoholism, drugs, and crime remains one of the most tragic of Hollywood stories.

Born Scott Hastings Beckett on October 4, 1929, in Oakland, California, he and his family moved to Los Angeles when Scotty was 3 years old. Shortly after arriving in LA, Beckett’s father was hospitalized and Scotty would frequently entertain his dad by singing songs. During one such visit, a Hollywood casting director happened to notice the cherubic youngster and told his parents he had movie potential. Scotty made his debut in Gallant Lady (1933) starring Clive Brook and Ann Harding. Scotty played a boy of three in the film, and Dickie Moore played the same character at the age of six. It was the first of several connections between the two child stars. The next year, he filled the hole vacated by Moore in Our Gang, and they later appeared in Heaven Can Wait (1943), portraying Don Ameche’s character as a child. He and Moore finally appeared together in Dangerous Years (1947), which was Marilyn Monroe’s screen debut.

Scotty appeared in fifteen Our Gang shorts in two years. Hal Roach noted a resemblance to Jackie Coogan and dressed Beckett accordingly, with an oversized cap and turtleneck sweater reminiscent of Coogan’s outfit in The Kid (1921). He was paired with Spanky McFarland as a kind of partnership within the gang, and their sideline observations and wisecracks highlighted the series from 1934 until 1936, just as Porky and Buckwheat sparked the one-reelers from 1936 on.

After leaving Our Gang, Beckett emerged as one of the top child stars of his era, appearing in many films with the top stars of the late ’30s and early ’40s. Among his major credits were Dante’s Inferno (1935) with Spencer Tracy, Anthony Adverse (1936) with Fredric March, The Charge of the Light Brigade (1936) with Errol Flynn, Conquest (1937) with Greta Garbo, Marie Antoinette (1938) with Norma Shearer, My Favorite Wife (1940) with Cary Grant, and Kings Row (1942) with Claude Rains.

In 1943 Scotty began attending Los Angeles High School and was named treasurer of his freshman class. He also appeared on Broadway that same year in the play “Slightly Married”, receiving the only favorable notices of the production, and also played Junior in the hit radio show “The Life of Riley”. Adolescence did not slow down his film career, as Scotty continued to win roles in such movies as My Reputation (1946) with Barbara Stanwyck and, most notably, The Jolson Story (1946), wherein he played the young Al Jolson.

He enrolled at USC but dropped out when he began receiving more offers from MGM, beginning with Cynthia (1947) with Elizabeth Taylor, A Date with Judy (1948), again with Taylor and Jane Powell (the future Mrs. Dickie Moore), Battleground (1949) with Van Johnson, Nancy Goes to Rio (1950), again with Powell, and The Happy Years (1950) with fellow child stars Dean Stockwell and Darryl Hickman.

At around the same time, Scotty began to gain notoriety for his nocturnal activities. Part of the young Hollywood jet set, Beckett was a fixture at parties and would frequently be seen with young stars like Roddy McDowall, Jane Powell, Elizabeth Taylor, and Edith Fellows. His nightlife seemed to become more of a priority than his burgeoning acting career, and it started a trend of reckless, irresponsible behavior which plagued Beckett the rest of his life. Early success without any sacrifice often breeds a sense of entitlement and a lack of responsibility or consequence. This seems to be an overriding theme as Beckett began making headlines most Hollywood stars try to avoid.

In 1948 he was arrested for drunk driving after he crashed into another car after attending a frat party where he had “five bourbons”. Scotty tried to run from the booking office after being arrested and refused to surrender his possessions. In September of 1949, he eloped with tennis star Beverly Baker. Right from the start, Scotty showed signs that he was not ready for marriage. On their honeymoon in Acapulco, Beckett allegedly threatened to punch a pool bystander in the nose. The couple separated after 5 months of marriage, divorcing in June of 1950. Newspapers covered the divorce, citing Baker’s allegations of Beckett’s jealousy and controlling, abusive behavior. Scotty tried to get Baker to quit tennis and stop seeing her parents. He also warned her never to have a soft drink “with any boy or man between 6 and 60.”

In 1951, Becket met actress Sunny Vickers. Shortly after they began dating , Vickers became pregnant. They married in Phoenix on June 27, 1951, and five months later Scott Hastings Beckett, Jr. was born. The bad publicity of the divorce from Baker plus the forced marriage to Vickers in the conservative 1950s immediately made Beckett a Hollywood outcast. Between 1952 and 1954, Scotty only landed two roles, in relatively minor films, You’re Only Young Twice (1952) and Hot News (1953). He was beginning to get desperate.

In early 1954, Beckett landed the role of “Winky” in a low-budget sci-fi show called Rocky Jones, Space Ranger (1954), which today has become a cult classic. However, as former co-stars and ex-friends such as Elizabeth Taylor and Jane Powell emerged as bona-fide film stars of the 1950s, a supporting role in a fledgling, unproven industry must have been extremely frustrating for Scotty.

In February of that year, the Cavalier Hotel in Hollywood was robbed of a little more than $130 in cash. The bandit pistol-whipped the desk clerk and disappeared with the loot, or so police thought. Passed out drunk in the basement of the hotel, armed with a gun and a knife, was Scotty Beckett. He was arrested and charged with possession of a weapon, but not with robbery because the money was not found and the clerk could not positively identify the former star as the robber.

After posting bail, Beckett, with his wife and three-year-old son in tow, fled to Mexico. He checked into a Tampico hotel under the name of Sean Bullock, giving Carmel, California, as his address. There were two bullet holes in his car that Beckett said were from a gang who tried to rob him south of Juarez.

After running out of cash and options, Scotty wrote several checks on a nonexistent bank to different merchants. After Mexican authorities tracked him to a Ciudad Victoria hotel, he attempted to sneak himself and his family out of the hotel and got into a gunfight with the Mexican police in which 20 shots were exchanged. Miraculously, no one was killed, and Scott and Sunny were eventually captured. Scott Jr. was sent back to Los Angeles.

Scotty served only four months in a Mexican jail before returning to the US in September of 1954. He surrendered to authorities for the weapons charge, pleaded guilty, and amazingly was given only three years’ probation. He told newspapers he saw this as an opportunity to pick up the pieces and start over with a clean slate, but it was too little too late. He was dropped from the Rocky Jones series and replaced with Jimmy Lydon (with whom Beckett had appeared in Cynthia (1947)). A little more than a month later, Beckett was arrested in Las Vegas, once again for bouncing a check.

Scotty re-enrolled at USC to study medicine, but when Our Gang was reissued for TV in 1955 as The Little Rascals, Beckett saw an opportunity to make a comeback in the movies. He appeared in Three for Jamie Dawn (1956) and had walk-ons in The Oklahoman (1957) with Joel McCrea and Monkey on My Back (1957) with Cameron Mitchell. He proved he could still act and exhibit that same youthful charm, appearing perfectly at ease on camera, particularly in his small role as a Navy corpsman with the Marine Corps in Monkey on My Back (1957). But just when it seemed as though a comeback might happen, Scotty self-destructed again.

In February of 1957, he was caught at a Mexican-US border crossing trying to bring illegal drugs into the US. He said the pills were for his wife, who he claimed had a nervous ailment. In reality, Sunny Vickers was suffering from alcoholism and had checked herself into Metropolitan State Hospital for treatment. She filed for divorce in August of 1957. After Sunny was awarded custody of Scott Jr., Beckett attempted suicide by swallowing a bottle of sleeping pills. He recovered but realized he was finished as an actor. He tried his hand at selling used cars, among other things. He still had his charm, but he could not stay out of trouble.

In April of 1959, Beckett was arrested on a charge of drunk driving. In August of that same year, he was arrested for driving drunk again, but this time he did not emerge unscathed. He smashed his ’52 sedan into a tree, fracturing his skull, thigh and hip and suffering multiple lacerations to his head. Although he was given probation and a suspended sentence, he remained crippled for the rest of his life.

In September of 1963, he was arrested for assault with a deadly weapon. Now confined to a wheelchair from the near-fatal drunk driving accident, he attempted to stab his neighbor after a dispute. Scotty’s wife of two years, Margaret, a divorcée with a teenage daughter named Susan, assisted in breaking up the fight. Three days later Beckett tried to kill himself by slashing his wrists. He recovered from this second suicide attempt, but by that time Margaret had had enough and moved out, taking Susan with her. As she was moving her belongings out, Scotty tried to stop her. He hit Susan over the head with a crutch that he now used after his car accident and was again arrested. He vowed to the judge at his sentencing “never to drink again.”

After that, Scotty stayed out of the headlines for a few years. In 1967 he found employment driving an ambulance, perhaps to be close to the prescription drugs to which he was addicted, perhaps to try to revive his interest in becoming a doctor, perhaps to try to forget that he had once graced the screen with Hollywood’s biggest stars before his own star had plummeted to earth–or perhaps because he had run out of alternatives.

On May 8, 1968, he checked into the Royal Palms Hotel, a Hollywood nursing home, after suffering a beating in what may have been a drug deal gone wrong. Two days later, he was dead from an overdose of barbiturates. The third time had been the charm. He left behind a note, a son and some wonderful films and memories.

Leonard Maltin summed it up best when he wrote, “It was a particularly sad end for someone who, as a child, had shown so much easy charm and talent.” Scotty Beckett was not the first child star casualty and he would not be the last. But his story is certainly one of the saddest. 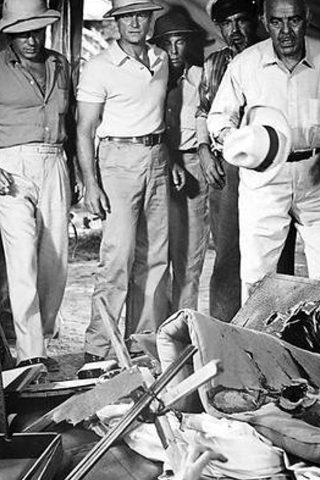 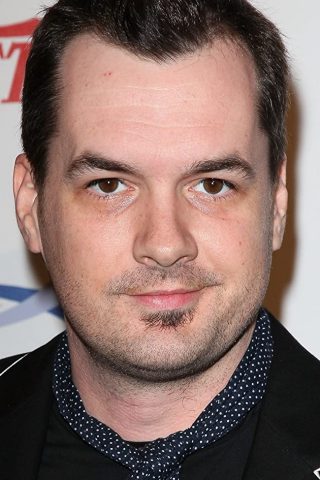 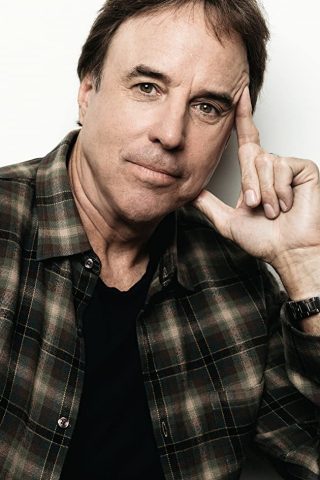 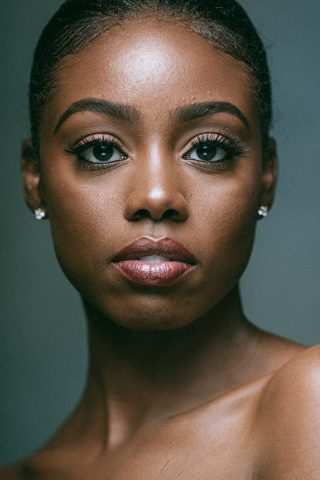