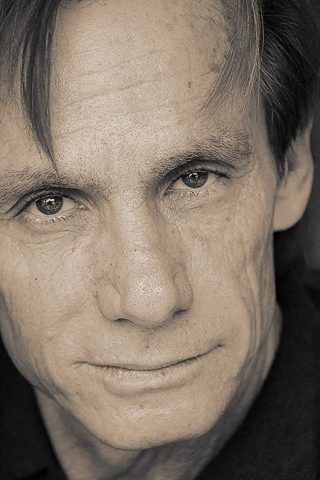 Noted for his dangerous, chameleon-like portrayals while possessing the scariest-looking pair of eyes in the business, leathery-looking Steve Railsback has mesmerized us over the years with a number of weird, often warped roles both on film and television. While never achieving the degree of stardom deserved, he, like the equally infamous and unpredictable Dennis Hopper, always commands interest whether the material is good or inferior. Born on Nevember 16, 1945 in Dallas, Texas, he was raised in Wichita Falls. Participation in a local college production of “Cinderella” at the age of 7 spurred his interest in acting. After graduating from high school, he took a job as a shoe salesman and eventually made enough money to leave his native Texas and relocate to New York in order to pursue acting in 1967.

As a student of Lee Strasberg and the Actors Studio, Railsback was forced to work menial jobs in order to initially survive, but he eventually became a regular fixture in the New York theatre scene in the late 1960s/early 1970s, appearing in such stage productions as “The Bluebird”, “Orpheus Descending” and “This Property Is Condemned”. While working out at the Studio, he caught the attention of renowned director Elia Kazan, who noticed his strong potential, and offered the fledgling actor a showy role in the low-budget film The Visitors (1972). However, he returned to the theatre with roles in “The Petrified Forest”, “One Sunday Afternoon” and “The Cherry Orchard” before making his Broadway debut in the short-lived José Quintero-directed production of “The Skin of Our Teeth” starring Elizabeth Ashley in 1975.

Following a second film role with James Woods in Cockfighter (1974) and the title role in the PBS piece Charlie Siringo (1976), Steve delivered one of the most shockingly vivid lead roles ever present in a miniseries with his all-consuming reincarnation of cult leader and mass murderer Charles Manson in Helter Skelter (1976). While the new guy on the block was unjustly ignored at Emmy time, Hollywood could not help but pay attention to this electrifying performer. Thanks primarily to Railsback, the miniseries was the highest-rated television movie at the time until Roots (1977) came along the following year.

Eager to avoid the threat of being typecast in “psycho” parts, Steve complemented this infamous role with a much more humane performance in the miniseries From Here to Eternity (1979), tackling the role of Pvt. Robert E. Lee Pruitt (made memorable on screen by the late Montgomery Clift) and making it completely his own. His next big movie role, as a fugitive who happens upon a film set in the bizarre and brilliant black comedy The Stunt Man (1980) with the equally compelling Peter O’Toole, assured Hollywood that his stunning Charlie Manson portrayal was no fluke. More cutting-edge parts in a variety of genres came his way throughout the 1980s, but without the quality of production to back them up. Such films as the mystery Deadly Games (1982); the Australian sci-fi thriller Turkey Shoot (1982); the horror film Trick or Treats (1982); the animal adventure The Golden Seal (1983); the cocaine abuse drama Torchlight (1985); the bizarre British sci-fi horror film Lifeforce (1985); the John Candy/Eugene Levy action comedy Armed and Dangerous (1986); the rock-and-roll drama Scenes from the Goldmine (1987); and the ho-hum thriller dramas Distortions (1987), The Survivalist (1987) and Nukie (1987) more often than not wasted his unique gifts.

While falling into quirky low-budget or direct-to-video fare for some time, Railsback has also dabbled in writing, producing and directing on occasion, such as the Vietnam POW story The Forgotten (1989). At the turn of the century, Steve came to attention once again with a showy role as he delved inside the complex mind of another schizophrenic madman. Ed Gein (2000), about infamous serial killer/cannibal Ed Gein (in which he also served as executive producer) once again showed Hollywood that the actor was a master at the game of weird. 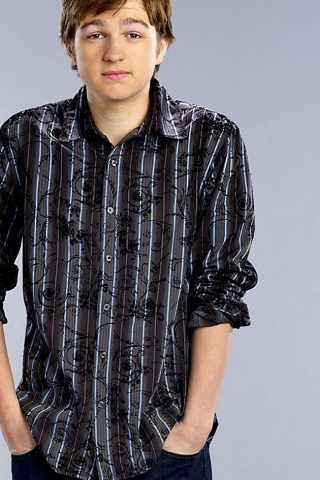 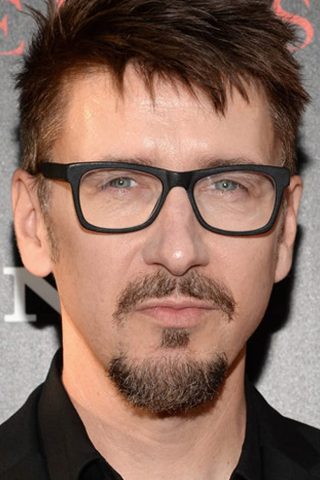 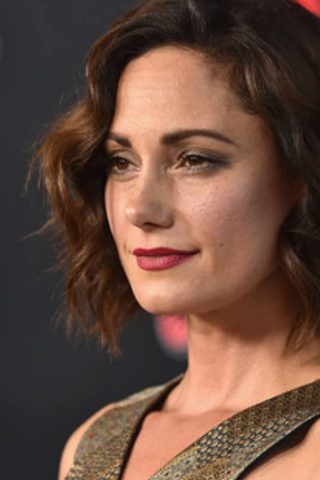