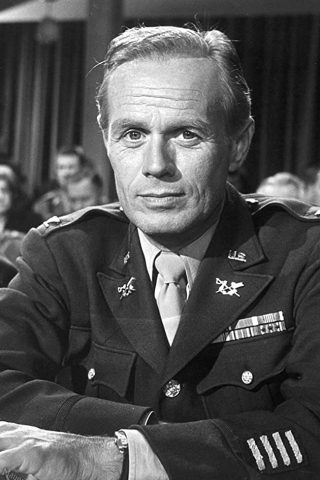 Richard Widmark established himself as an icon of American cinema with his debut in the 1947 film noir Kiss of Death (1947) in which he won a Best Supporting Actor Academy Award nomination as the killer “Tommy Udo”. Kiss of Death (1947) and other noir thrillers established Widmark as part of a new generation of American movie actors who became stars in the post-World War II era. With fellow post-War stars Kirk Douglas and Robert Mitchum, Widmark brought a new kind of character to the screen in his character leads and supporting parts: a hardboiled type who does not actively court the sympathy of the audience. Widmark was not afraid to play deeply troubled, deeply conflicted, or just down right deeply corrupt characters.

After his debut, Widmark would work steadily until he retired at the age of 76 in 1990, primarily as a character lead. His stardom would peak around the time he played the U.S. prosecutor in Judgment at Nuremberg (1961) as the 1950s segued into the 1960s, but he would continue to act for another 30 years.

Richard Weedt Widmark was born in Sunrise Township, Minnesota, to Ethel Mae (Barr) and Carl Henry Widmark. His father was of Swedish descent and his mother of English and Scottish ancestry. He has said that he loved the movies from his boyhood, claiming “I’ve been a movie bug since I was 4. My grandmother used to take me”. The teen-aged Widmark continued to go to the movies, and was thrilled by Dracula (1931) and Frankenstein (1931). “I thought Boris Karloff was great”, Widmark said. Although he loved the movies and excelled at public speaking while attending high school, Widmark attended Lake Forest College with the idea of becoming a lawyer. However, he won the lead role in a college production of, fittingly enough, the play “Consellor-at-Law”, and the acting bug bit deep. After taking his bachelor of arts degree in 1936, he stayed on at Lake Forest as the Assistant Director of Speech and Drama. However, he soon quit the job and moved to New York to become an actor and, by 1938, he was appearing on radio in “Aunt Jenny’s Real Life Stories”. He made his Broadway debut in 1943 in the play “Kiss and Tell”, and continued to appear on stage in roles that were light years away from the tough cookies he would play in his early movies.

After World War II, he was signed by 20th Century Fox to a seven-year contract. After seeing his screen-test for the role of “Tommy Udo”, 20th Century Fox boss Darryl F. Zanuck insisted that the slight, blonde Widmark – no one’s idea of a heavy, particularly after his stage work – be cast as the psychopath in Kiss of Death (1947), which had been prepared as a Victor Mature vehicle. Even though the role was small, Widmark stole the picture. 20th Century Fox’s publicity department recommended that exhibitors market the film by concentrating on thumbing the tub for their new anti-hero. “Sell Richard Widmark” advised the studio’s publicity manual that an alert 20th Century Fox sent to theater owners. The manual told local exhibitors to engage a job-printer to have “Wanted” posters featuring Widmark’s face to be printed and pasted up. He won a Golden Globe and an Oscar nod for the part, which lead to an early bout with typecasting at the studio. Widmark played psychotics in The Street with No Name (1948) and Road House (1948), and held his own against new Fox superstar Gregory Peck in the William A. Wellman’s Western, Yellow Sky (1948), playing the villain, of course. When he finally pressured the studio to let him play other parts, his appearance as a sailor in Down to the Sea in Ships (1949) made headlines: “Life” magazine’s March 28, 1949 issue featured a three-page spread of the movie, headlined, “Widmark the Movie Villain Goes Straight”. He was popular, having captured the public imagination, and before the decade was out, his hand and footprints were immortalized in concrete in the court outside Grauman’s Chinese Theatre in Hollywood.

The great director Elia Kazan cast Widmark in his thriller Panic in the Streets (1950) not as the heavy – that role went to Jack Palance – but as the physician who tracks down Palance, who has the plague, in tandem with detective Paul Douglas. Widmark was establishing himself as a real presence in the genre that later would be hailed as “film noir”. Having proved he could handle other roles, Widmark didn’t shy away from playing heavies in quality pictures. The soon-to-be-blacklisted director Jules Dassin cast him in one of his greatest roles, as the penny-ante hustler “Harry Fabian” in Night and the City (1950). Set in London, Widmark’s Fabian manages to survive in the jungle of the English demimonde, but is doomed. Widmark was masterful in conveying the desperation of the criminal seeking to control his own fate but who is damned, and this performance also became an icon of film noir. In that same year, he appeared in Oscar-winning writer-director Joseph L. Mankiewicz’s No Way Out (1950) as a bigot who instigates a race riot.

As the 1950s progressed, Widmark played in Westerns, military vehicles, and his old stand-by genre, the thriller. He appeared with Marilyn Monroe (this time cast as the psycho) in Don’t Bother to Knock (1952) and made Pickup on South Street (1953) that same year for director Samuel Fuller. His seven-year contract at Fox was expiring, and Zanuck – who would not renew the deal – cast him in the Western Broken Lance (1954) in a decidedly supporting role, billed beneath not only Spencer Tracy but even Robert Wagner and Jean Peters. The film was well-respected, and it won an Oscar nomination for best screenplay for the front of Hollywood 10 blacklistee Albert Maltz. Widmark left Fox for the life of a freelance, forming his own company, “Heath Productions”. He appeared in more Westerns, adventures and social dramas, and pushed himself as an actor by taking the thankless role of “The Dauphin” in Otto Preminger’s adaptation of George Bernard Shaw’s Saint Joan (1957), a notorious flop that didn’t bring anyone any honors, neither Preminger, his leading lady Jean Seberg or Widmark. In 1960, he was appearing in another notorious production, John Wayne’s ode to suicidal patriotism, The Alamo (1960), with the personally liberal Widmark playing “Jim Bowie” in support of the very-conservative Wayne’s “Davy Crockett”. Along with character actor Chill Wills, Widmark arguably was the best thing in the movie.

In 1961, Widmark acquitted himself quite well as the prosecutor in producer-director Stanley Kramer’s Judgment at Nuremberg (1961), appearing with the Oscar-nominated Spencer Tracy and the Oscar-winning Maximilian Schell, as well as with superstar Burt Lancaster and acting genius Montgomery Clift and the legendary ‘Judy Garland’ (the latter two winning Oscar nods for their small roles). Despite being showcased with all this thespian-firepower, Widmark’s character proved to be the axis on which the drama turned. A little later, Widmark appeared in two Westerns directed by the great John Ford, with co-star James Stewart in Two Rode Together (1961) and as the top star in Ford’s apologia for Indian genocide, Cheyenne Autumn (1964). On Two Rode Together (1961), Ford feuded with Jimmy Stewart over his hat. Stewart insisted on wearing the same hat he had for a decade of highly successful Westerns that had made him one of the top box office stars of the 1950s. Both he and Widmark were hard-of-hearing (as well as balding and in need of help from the makeup department’s wig-makers), so Ford would sit himself far away from them while directing scenes and then give them directions in a barely audible voice. When neither one of the stars could hear their director, Ford theatrically announced to his crew, that after over 40 years in the business, he was reduced to directing two deaf toupees. It was testimony to the stature of both Stewart and Widmark as stars that this was as far as Ford’s baiting went, as the great director could be extraordinarily cruel.

Widmark continued to co-star in A-pictures through the 1960s. He capped off the decade with one of his finest performances, as the amoral police detective in Don Siegel’s gritty cop melodrama Madigan (1968). Watching “Madigan”, one can see Widmark’s characters as a progression in the evolution of what would become the late 1960s nihilistic anti-hero, such as those embodied by Clint Eastwood in Siegel’s later Dirty Harry (1971). Im the 1970s, he continued to make his mark in movies and, beginning in 1971, in television. In movies, he appeared primarily in supporting roles, albeit in highly billed fashion, in such films as Sidney Lumet’s Murder on the Orient Express (1974), Robert Aldrich’s Twilight’s Last Gleaming (1977), and Stanley Kramer’s The Domino Principle (1977). He even came back as a heavy, playing the villainous doctor in Coma (1978).

In 1971, in search of better roles, he turned to television, starring as the President of the U.S. in the TV movies Vanished (1971). His performance in the role brought Widmark an Emmy nomination. He resurrected the character of “Madigan” for NBC, in six 90-minute episodes that appeared as part of the rotation of “NBC Wednesday Mystery Movie” for the Fall 1972 season. Widmark was married for 55 years to playwright Jean Hazlewood, from 1942 until her death in 1997 (they had one child, Anne, who was born in 1945). He lived quietly and avoided the press, saying in 1971, “I think a performer should do his work and then shut up”. “Los Angeles Times” critic Kevin Thomas thought that Widmark should have won an Oscar nomination for his turn in When the Legends Die (1972), playing a former rodeo star tutoring ‘Frederic Forrest’.

It is surprising to think that Kiss of Death (1947) represented his sole Oscar nomination, but with the rise of the respect for film noir around the time his career began tapering off in 70s, he began to be reevaluated as an actor. Unlike Bogart, who did not live to see his reputation flourish after his death, well before he retired, Widmark became a cult figure. 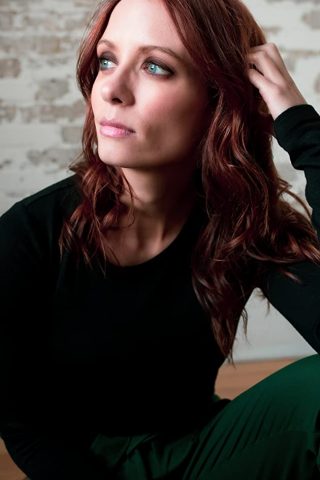 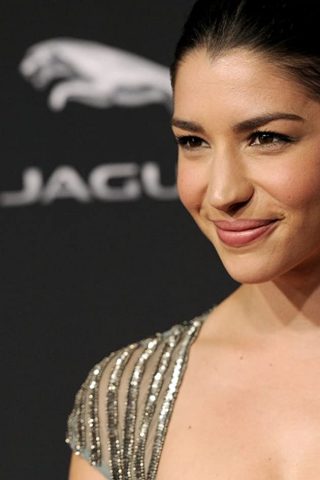 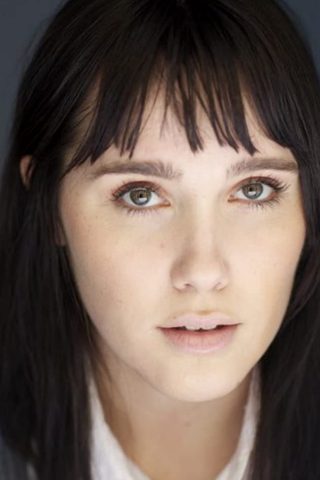 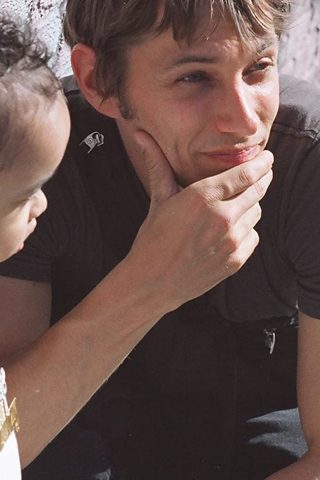