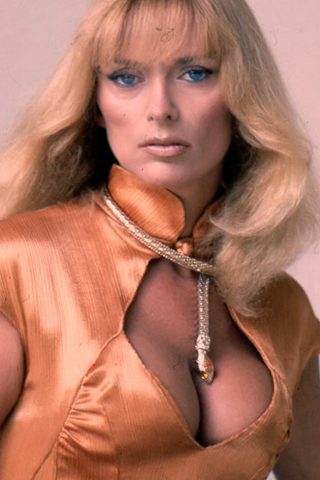 Tall, leggy, buxom and statuesque 5’7″ blonde beauty Sybil Danning reigns supreme as one of the sexiest, most dynamic and commanding actresses to achieve cult B-movie queen status. She was born Sybille Johanna Danninger on May 24, 1952, in Wels, Austria, the daughter of a US Army major father and an Austrian mother. She grew up on army bases in such places as New Jersey, Maryland and Sacramento, California. Sybil attended Etontown’s Star of the Sea Catholic School. At age 14 she worked for her uncle as a dental assistant. Two years later she moved to Vienna, Austria, and worked for a dental supply company. She then relocated to Salzburg and worked as an assistant to a top oral surgeon. Danning then enrolled in the Buchner School of Cosmetology in Salzburg and received a diploma in facial treatment, decorative make-up, manicure and body massage. She soon began doing fashion shows and photo layouts. Danning made her film debut as Lorelei in Komm nur, mein liebstes Vögelein (1968). She next portrayed Kriemhild in The Long Swift Sword of Siegfried (1971). Sybil studied for three years with noted Munich drama coach Anne-Marie Hanschke. Sybil made memorable appearances in such mainstream features as Bluebeard (1972), The Three Musketeers (1973), Crossed Swords (1977) and The Concorde… Airport ’79 (1979). She also continued to act in such enjoyably lowbrow exploitation items as Naughty Nymphs (1972), Das Mädchen mit der heißen Masche (1972) and Cat in the Cage (1978). Danning was especially excellent and impressive as the fierce Valkyrie warrior Saint-Exmin in the science-fiction cult classic Battle Beyond the Stars (1980). Other notable roles are tough prison inmate Ericka in the babes-behind-bars classic Chained Heat (1983), a formidable female swordfighter in I sette magnifici gladiatori (1983), wicked werewolf queen Stirba in Howling II: … Your Sister Is a Werewolf (1985), a cunning femme fatale English professor in They’re Playing with Fire (1984), the Queen of the Moon in the hilarious Amazon Women on the Moon (1987), the strict Warden Sutter in the amusing chicks-in-chains parody Reform School Girls (1986), an alien queen in The Phantom Empire (1988) and a rugged lady bounty hunter in L.A. Bounty (1989). Sybil has done guest spots on the television series Vega$ (1978), Simon & Simon (1981), V (1984), Masquerade (1983), The Fall Guy (1981), The Hitchhiker (1983), Street Hawk (1985) and Superboy (1988). She did a ten-page pictorial for the August 1983 issue of “Playboy”. Outside of acting, Danning has also worked on several movies as a producer and wrote the story for “L.A. Bounty”. After a regrettably lengthy absence from acting, Sybil Danning has made a welcome comeback by appearing as an evil Nazi villainess in the “Werewolf Women of the SS” mock trailer for Grindhouse (2007) and a nurse in Rob Zombie’s remake Halloween (2007). 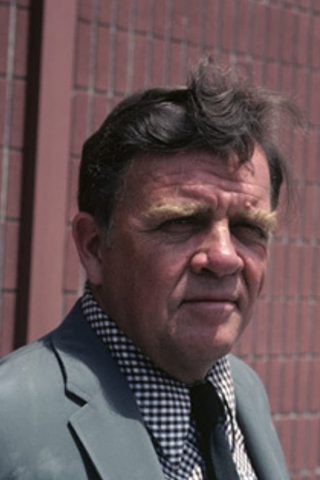 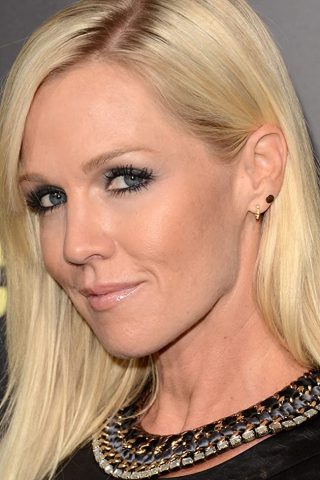 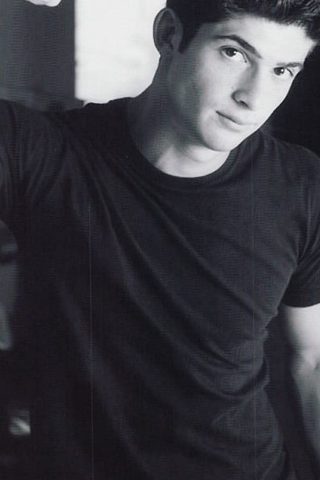 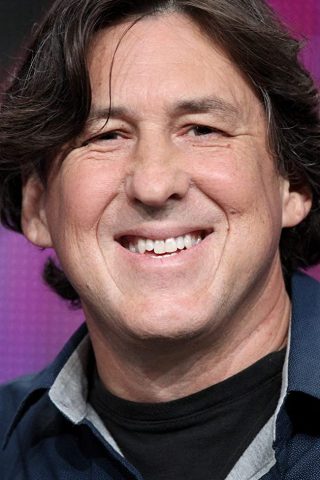