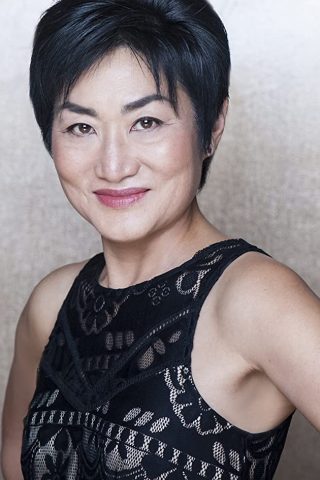 Jean Yoon is a playwright and actress born in Illinois and raised in Toronto. Jean has lived and worked in Vancouver, Edmonton, Harbin City and Yanji City in North Eastern China and makes her home in Toronto.

Jean began her career in Toronto in the early 1980s performing with now long gone companies such as Upstage Theatre, Toronto Free Theatre and Canasian Artists Group. In the 1990s, Jean was active as a cultural equity advocate and new play producer. She was Cross Cultural Coordinator for Theatre Ontario 1991/92, and then Co-Artistic Director of Cahoots Theatre Projects 1992 to early 1994, founding Lift Off! and cementing Cahoots’ role as a leader in new play development for playwrights of diverse cultures.

Jean’s playwriting credits include the Dora-nominated stage play, The Yoko Ono Project, a multimedia performance art comedy, produced by Loud Mouth Asian Babes and Theatre Passe Muraille in Toronto, January 2000, and published by Broken Jaw Press. Jean’s comedic adaptation of a classic Korean folktale Hongbu & Nolbu: The Tale of the Magic Pumpkins premiered at Young Peoples Theatre in 2005 and was published in Seven Contemporary Plays from the Korean Diaspora in the Americas, edited by Esther Kim Lee, Duke University Press in 2012. Other playwriting credits include Sliding for Home, Spite, and Yes Yoko Solo.

Jean is well-known for her work as Umma in the CBC comedy series Kim’s Convenience. She is also known for work on The Expanse, Orphan Black, Dragon Boys and The Time Traveler’s Wife. Jean voices Connie on the Emmy Award winning PBS Kids show Peg + Cat; and is especially proud of her work on the CBC mini-series Dragon Boys for which she earned a Gemini nomination in 2007.

The server is temporarily unable to service your request due to maintenance downtime or capacity problems. Please try again later.